Stories of Archives that were preserved

The Preservation of Part of the Municipal Archive of Andros 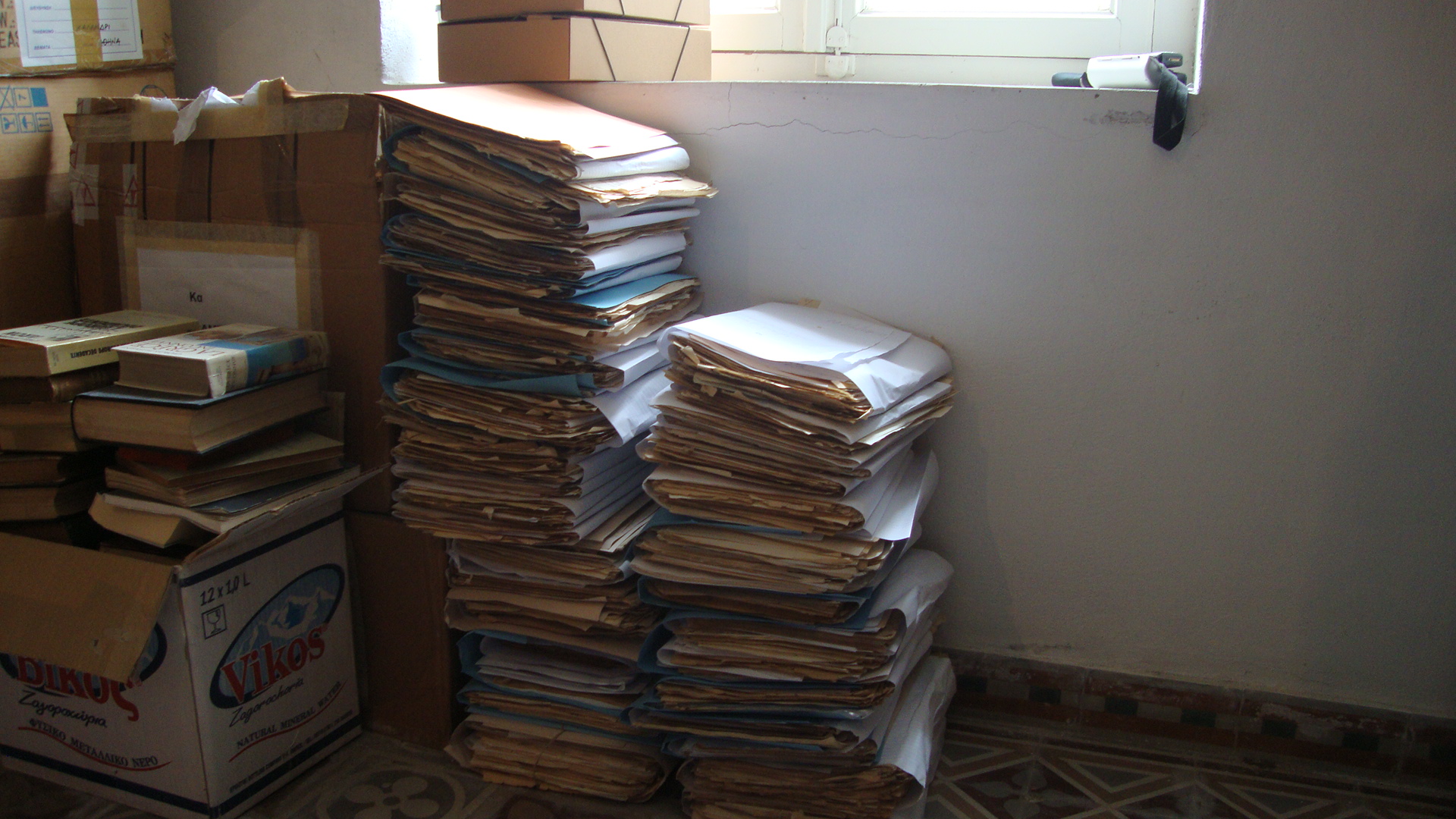 In December 2010, citizens located a great part of the old municipal archive of Andros in black plastic garbage bags discarded at a dump. The archive was in additional danger of destruction due to the heavy rainfall. The archival material included nineteenth and twentieth century unbound documents, document files, and ledgers; after its retrieval, it was initially placed at a storage space of the Archaeological Museum for the purpose of drying out and being cleaned (more here: http://www.androsfilm.gr/blog-post_11-52/). Following that, a research team from the Institute of Historical Research, National Hellenic Research Foundation (NHRF) undertook to file and archive the material during two in situ projects, held in October 2012 and June 2014 (for more click here and here). A special space at Andros Kaireios Library was offered in order to store and safeguard the material, while the process of archiving and filing was financially supported by Moraitis Legacies. 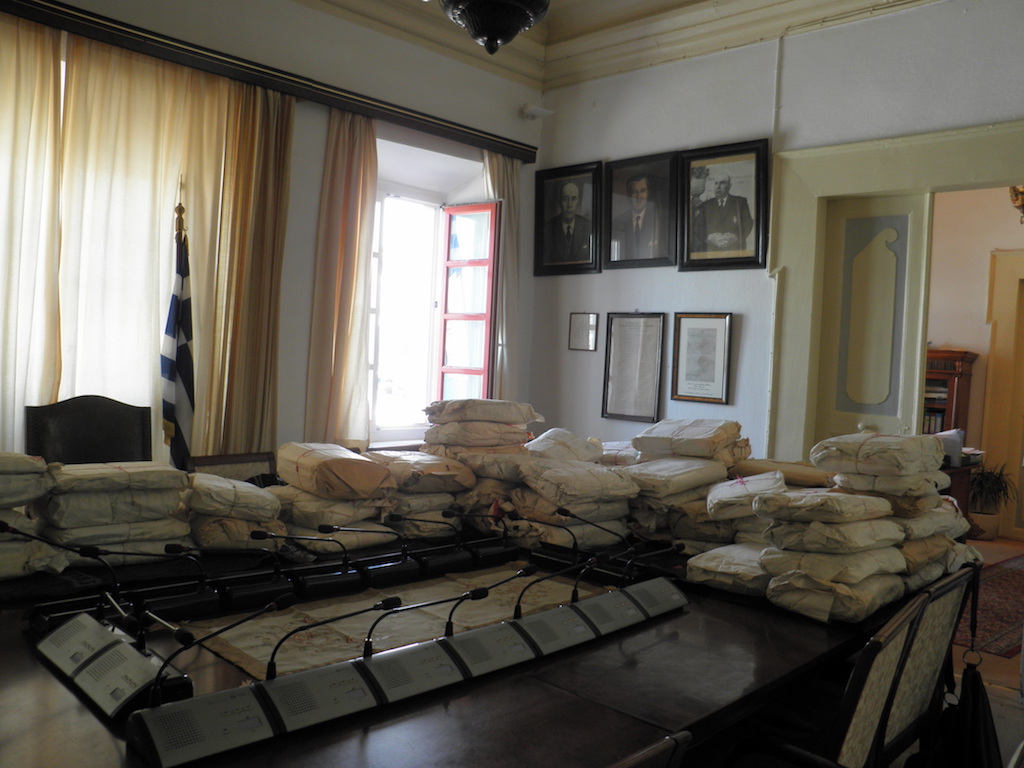 Throughout the period 2010-2012 there were research expeditions to the isle of Mykonos in order to locate, record, and archive the old records of the municipality of Mykonos. These projects were organized by the Institute of Historical Research, National Hellenic Research Foundation (NHRF) and financially supported by the Prefecture of Cyclades and the Municipality of Mykonos. The entire nineteenth century archival material from the Municipality was found in an attic at the town hall. For more information click here.

According to a letter from a citizen published online on local websites, the community archive from the old village Kato Chorio, Ierapetra has been discarded at a derelict unlocked warehouse and is in danger of theft and destruction. For more information click here

The Archive of the Municipality of Agrinio

According to various press articles, the basement of the Agrinio town hall contains a great volume of archival material discarded among other objects (photocopiers, office supplies, etc.). Increasing concern is expressed about what the future holds for the archive, on the grounds of the absence of appropriate attention to the material. For more click here